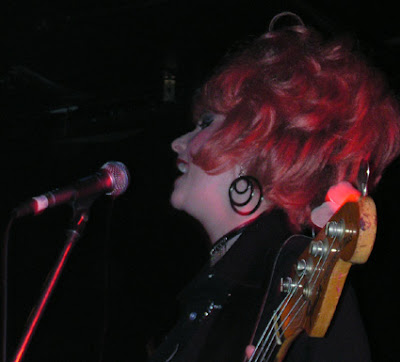 Southern Culture On The Skids/Tremors, The Zoo, Fortitude Valley 08/06/05

“This song’s called Wednesday Night Can Suck My Fucking Dick!” spits out Tremors singer Geoff ‘Geoffro’ Corbett. It seems the Curse of the Midweek Opener will strike indiscriminately, even filing down the legs of Brisbane’s premiere show ponies. Almost on cue, ring-in drummer Peter Kostic slices his stick through the snare and Dan ‘Babe’ Baebler uncoils his A-string, but their shaky jalopy is rescued from the scrapheap by guest driver Gentle Ben (looking more like a cadaverous Bryan Ferry with each passing year) for a stirring duet of “Loving You”. A valium effort on everyone’s part.

Southern Culture took to the stage with the kind of confident swagger that only two decades of entertaining rubes in honkytonks can produce. After their incredible church-burning, chicken-licious Chelsea gig in ’98, I imagined any follow-up would fall a poor second. Fuck me, was I proved wrong; even if Wednesday (the traditional brown end of the week) was their Australian tour opener after a 24 hour haul from North Carolina, SCOTS tore through almost two hours of early numbers like Come And Get It and Mudbuggy through to selected tracks off the fantastic new Mojo Box. If the crowd is a humpin’, this band is pumping, and the almost-capacity Zoo audience gave back as good as they got. 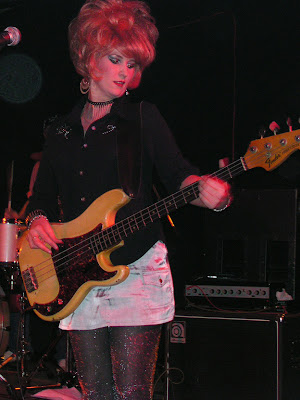 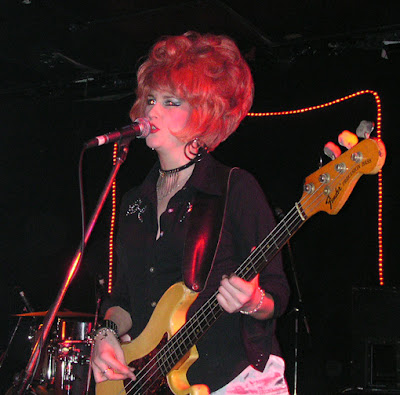 Touring for the first time in years as a stripped-back three piece, the SCOTS sound is unbelievably full. Singer/guitarist Rick Miller, looking innocent enough with bony knees protruding from Baden Powell shorts, never ceases to amaze with his frenzied tremelo echoing over stand-up drummer Dave Hartman’s immaculate tom-work and surf rolls. The real star of the show however was and always will be the Tiki Goddess, Mary Huff. She was like a gum-chewing Miss Yvonne from Pee-Wee’s Playhouse (according to Pee-Wee Herman, “the most beautiful woman in the world!”), a radiant vision of pure Sixties glamour. At times visibly wilting under her mountainous polyethylene wig, and clad in spangled stockings and cowgirl boots, she acted like she was barely breaking a sweat, and I suspect could tear your heart and break a bottle over your head in one deft motion. Mary: the offer of marriage is still valid (sorry ladies).

They hit the encore on its head with their best-known tune Camel Walk and then kept going - and going! - much to the audience’s delight. Guests galore included Geoffro in a wresling mask for Viva El Santo! (recalling Sixfthick’s glorious Mutant Mexican nights) and one Judy Jetson doing a frenetic twirl during Daddy Was A Preacher But Mama Was A Go-Go Girl. After feeding off the audience for most of the set, it was time for Southern Culture to give a little back – “Eight Piece Box” starts and out came the line of dancing girls, chowing down on the contents of a cardboard coffin of by-now-cold KFC (hubba hubba!). Personal fetishes aside, it was magical to watch a room of Brisbane hipsters melt into one huge collective smile. Ah, the eternal power of rickety-roll. 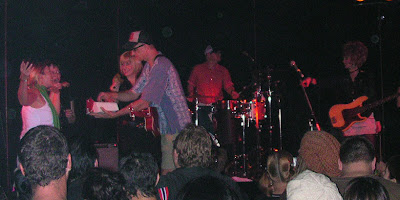