"Dolemite is my name, and fuckin' up motherfuckers is my game!"

Until recently, comedian Rudy Ray Moore was Black America’s best kept secret. While his foul-mouthed contemporaries Redd Foxx and Richard Pryor managed to seep into milktoast , Rudy didn't, and remained for most of his career on the segregated chitlin' circuit, only registering on Whitey’s radar once Hip-Hop Royalty acknowledged him as the Godfather of Rap. 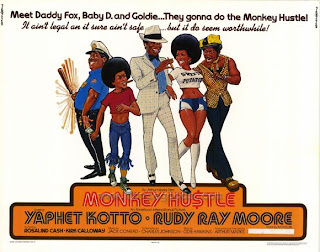 And for good reason. ’s elaborate rhymes are modern rap’s forerunners and ghetto comedy at its purest: protracted boasting and roasting peppered with “niggers”, “cocksuckers” and “motherfuckers”, ceaselessly one-upping Whitey and high steppin' yellows amidst a torrent of almost incomprehensible ghettolingus. After piddling success as an R&B singer, Rudy self-financed a string of X-rated party LPs in the early Seventies which in turn bankrolled Dolemite (1975), the first in a series of Rudy Ray Moore party films released in May as “The Dolemite Collection”. 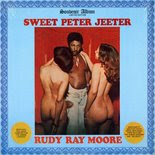 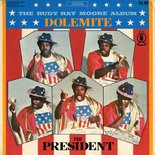 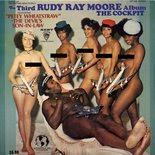 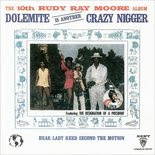 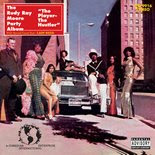 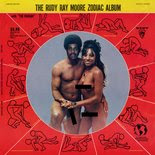 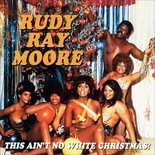 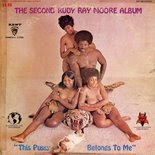 Technically the roughest of Rudy’s films, Dolemite is also the uneasiest mix of black action and Rudy’s unique proletizing, with the ever-present boom mike hanging like a third leg from the top of the frame. Busted out of jail to take on the dope and gun running in the ghettos, Dolemite (Moore) heads back to his pimpdom to find his club's been snatched by arch-rival Willie Green. Luckily his madam Queen Bee has trained his girls in martial arts - at the Chuck Norris School of Karate, I kid you not – and a war erupts just in time to redefine the term "kung faux" forever.

As an action film it's an abject failure. As a rare kind of Outsider Cinema it’s a different beast altogether, testament to Rudy's imaginative penny-pinching and savant genius. Thanks to his comedy albums as a fertile source for material, every line is a gem, a giddy string of profanities equally and infinitely quotable (Hamburger Pimp: "I'm so bad I kick my own ass twice a day!"). 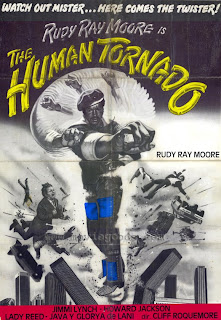 Rudy’s follow-up The Human Tornado (1976) or, more correctly, "The Human Tar-NAYduh!" starts off appropriately on stage with Rudy doing what he does best: beating a live audience (and us) over the head with a string of expletives. Within minutes he’s rhyming naked on the run and heads to LA where Queen Bee's gone legit, running a successful club to the horror of local mob boss Cavaletti, who locks two of her girls in his torture chamber and forces her to pimp for his rival club. Dolemite unleashes hell accompanied by even more aggravated mugging and playing up the absurdity of his persona, with the grunts, grimaces and Three Stooges goofs sped up for surreal effect. 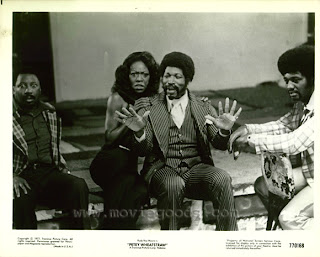 As much as I adore the original Dolemite, this is undoubtedly Rudy's masterpiece. It’s like he’s slipped something in our drinks: colours are brighter, the “motherfuckers” are louder, the ghetto-honed charicatures are painted in broader strokes. It’s Rudy in hyperdrive, trading the naïve charm and disarming incompetence of Dolemite for an intense awareness of what pushes his black audience’s buttons, and the sight of Rudy as a black buck seducing the cow-chested Mrs Cavaletti literally brings the house down! 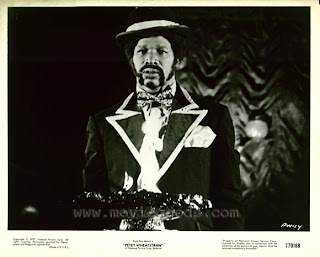 The nuttiness is kicked up a notch in the tale of Petey Wheatstraw, The Devil's Son In Law (1977), a stand-up comedian dragged to Hell and forced to agree to marry the Devil's daughter - an unsightly lass we all have the misfortune to witness. Once back, Petey thinks he can cheat ol’ Lou and exploit his new devilish powers along with his trademark "kung fool" to battle an army of polystyrene-horned demons. Paradise Lost it ain’t, yet despite the running watermelon gags and the sight of Petey as an eight year pimp-in-training emerging from his mamma’s belly, it resembles – for Rudy, at least – a real movie. 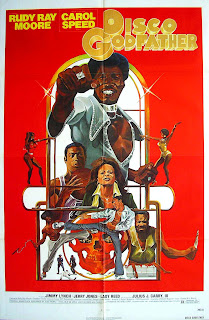 Having taken his Dolemite schtick as far as he could, Rudy aims for social commentary in 1979’s Disco Godfather, a PG-rated crusade against PCP featuring Moore as Tucker Williams, a rhymin’ MC at an all-black Roller Disco, yelling his "put your WEGHT on it!" mantra in more figure-hugging polyester shirts than ever. Visiting his nephew in a psych ward full of Angel Dust casualties, Tucker launches a campaign to “attack the wack”, and locks horns with gangster Sweetmeat who doses Tucker through a gas mask with hallucinatorily hamfisted results.

Existing in the cracks between Saturday Night Fever, Reefer Madness and an after-school TV special, Disco Godfather piles on its bug-eyed freakiness – drug-fried zombies cooking their chill'un, limbless basketball players fighting witches with samurai swords – with so much po-faced conviction that, despite its garish fashion and acting bordering on (and occasionally passing into) hysteria, it’s nowhere near as fun as it sounds. It’s a slightly downbeat note to mark the end of Rudy’s decade-long reign as the Bad Motor Scooter; for all their technical shortcomings, “The Dolemite Collection” has more soul than a hundred Harlem restaurants, more grind in their behind. And I KNOW you can dig it. 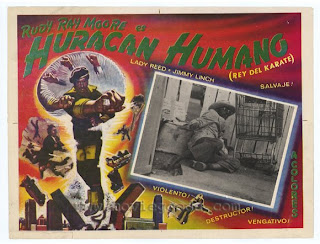 EXTRAS: Each disc has the same trailers, radio spots, an unimaginative text-based Dolemite Trivia, and Rudy's camcorder tour of locations around his neighbourhood. In other words, as poverty-stricken as Rudy's first production.